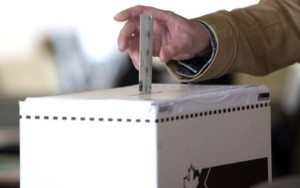 ———————
The next Canadian federal election is scheduled to be held on Monday October 19, 2015. Which is only 9 months. I say only because I really think as a voter, that is not that much time to get educated about each party out there who will or may be running in the elections.

I am going to give my attentions, to start, to the NDP. To look at their history, so I can see where they are coming from and who has brought them to the point they are today. If I am not mistaken, I believe my father was an NDP supporter. Dad was a very political man, so if he was voting for the NDP, there was a great reason why. I do recall sitting with him in his office and asking about why he was voting for a certain party and he always gave great educated answers. So I feel it is best to do what he did, research each party to get an informed decision.

There are a couple things in the list below that have intrigued me about the NDP party already, however the greatest being the, Aboriginal peoples’ treaty, land, and constitutional rights.

So with that in mind, I hope to find the aboriginal people’s fight for those things to be a great concern of the NDP, not just a line on a list and the party active with our aboriginal leaders over the years.

Do you know who you are voting for?

When I was a grade school student, our history books were made up of, how Columbus discovered America, about the pyramids and about the wars in other countries. But one subject I don’t ever recall seeing in the history books was, this history of the North American Native. Maybe there was a little bit of history but nothing that made an impact on my young mind at the time. And more so, not a word do I recall about the Canadian Native Man, Woman and Child.

I will be open and honest to say that I as an individual did not know I was of native decent till I was in my early teens. So how could I before that even think about something I knew not of? I know what you’re asking… Why?.. How come I did not know I was native till that late in my childhood. I didn’t know the answer to that question until I read a letter my father wrote to me after I had children of my own. And there was one line in there, that broke my heart. He was apologizing to me in the letter about, love, not being something that was said or felt more in our family home and that was his fault and his mistake. But the greatest heartbreak for me was when he said..

This coming from the mouth of a man who was a jack of so many trades.. A butcher, a business owner, a paralegal, a realestate broker and the greatest, yet at times the hardest job of all, a father.

As years went on, that comment broke my heart each time I read that letter or recall the letter. I questioned my own worth. If Dad was not proud of himself and I being half of my father, should I also not be proud of who I am or who he is? So many questions for a child, especially when they were not being answered, by anyone, anywhere.

To date, I am still learning so much about my heritage and I embrace it with open mind, heart and arms. I have learnt much about it in the past 18 years and will continue to learn and understand. And in doing so, I am learning, exactly why my father, did not want to say he was a native man.

Here is some history to get educated with regards and then one can catch up to speed with current events.

Hidden from History:
The Canadian Holocaust
Events form 1857 to 2003
http://canadiangenocide.nativeweb.org/intro2.html

Life with Dad was not easy and once I began to understand where he was coming from, my heart went out to him. The Canadian Government can never give enough money to mend that broken man after what he went through, as a child put into a residential school and living in a world where he was made to feel unworthy of life and dirty.
Yes he is my father and I am his daughter, and even though he has passed over, I will for the rest of my day, defend his honour, for I am proud to say, I am my Ojibwa father’s Ojibwa daughter…

Today in the school system, I know there is, native language classes, but I have not looked into whether there is the history is being taught yet. And if it was.. Please tell me this.. Would that child who just left native language or native history class go home to parents who have empathy for the native peoples of this country? Parents who were not educated and still see the native man, woman or child as someone less than them?

( Face off during the Oka Crisis – This is probably Canada’s most famous picture. The Oka Crisis was a land dispute between the Mohawk nation and the town of Oka, Quebec which began on March 11, 1990, and lasted until September 26, 1990. It resulted in three deaths)

If you have a face book account, I imagine in your news feed you will see all sorts of graphic posts with different sayings and beliefs. Some are very funny, some are inspirational, some you will agree with, someone you won’t agree with. There are a few I totally disagree with, even when at times it is posted with the greatest intentions and I’ll be the first to say, bless your heart.

Below is my rant regarding such posts..

“Anyone can be a friend. There are many who can become a best friend through out our lifetime. Good friends come and go. Best friends you can talk to one day and not talk to you for 15 years, yet pick up where you left off .That is all fine and a great part of our lives with people we care about. However, I do not want to be a fair-weather friend, a once in a lifetime friend or best friend. I want the respect of the greatest title and position in your life. I was the first in your life, there is only one of you in my life and my relationship with you is incomparably unique., No I don’t want to be your best friend because the greatest honour is being called.. Mother..
Just as my greatest privilege was giving birth to you, my son, my daughter, you can always count on me, 24/7 for the rest of my life on this earth, to defend you, to give you the necessities of life, as you grow to be a positive force with great morals during your life time on this earth. It will always be my given right to lead you in a positive manner, to guide you at times on a broken path. As Mary, the Mother of Jesus, did for HIM, she was there when HE needed her, she cradled HIM in her arms as only a Mother can do when the rest of the world, even friends, turned against HIM and then accepted HIS choices when HE made them.
Yes, all my children, they will attest to this.. I am their Mother, not their best friend and that is my honour.”

Maybe that is just one of the things wrong with the world today? To many parents are content with being their child’s best friend, instead of taking that lead position the were given the day the child was born? Stop trying to be our children’s best friend and start being who you are meant to be the day you gave birth to them, their Mother.

I imagine there will be so many views regarding this. This is mine and I accept the position with pride.

There is no greater position in life that can bring you so much heartache at times, yet no position that will bring a heart to the greatest heights of joy.. Mother.

I am a Mother and like me, there is NO other! 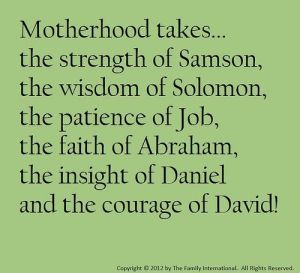 (A scene from a movie, showing the love of best friends during the greatest heartbreak of being a mother at times)

————–
The scariest part for myself to inner peace was retrieving my spirit from where I left it, on the path of life, thus far.
Depression, suicide, low self worth and all frustrations of the mental and emotional self have to do with the lack of the spiritual self. Where did we leave it? With the person who abused us for years, sexually, mentally, emotionally, verbally or as a soldier, on a battlefield? It’s all about taking back what is rightfully ours and that means going back to that dark place, not physically, but by sending a spirit guide. First we must seek out our spirit guide, then only when we are ready, release and retrieve. It will not be an over night journey. It takes time and energy, but time and energy well spent.. Spent on you!! Some will see you as selfish, while on this journey, but it is your journey, not theirs! Some will be by your side, every step of the way, with the hand of friendship extended when you need to be lifted. Just remember, when you do fall to your knees, take that time to pray!! Because our Higher Power is the greatest support and love unconditional we will ever have. If you have read this far, know that your journey has just begun. You’re almost there! God Speed!!

My thoughts are random but I am not.

Error: Twitter did not respond. Please wait a few minutes and refresh this page.